This weekend I had the opportunity to do something that I had never done.  I got invited to come fish some North Arkansas streams for smallmouth bass.  When this opportunity arises, you take it.  I was pleased to be sharing fishing camp with my wife, Godwin, Jeff Smith, WE Phillips, and the Summitts (Jordan and Angila.)   The owners of this fine establishment wish to remain nameless and we will honor them by doing so. 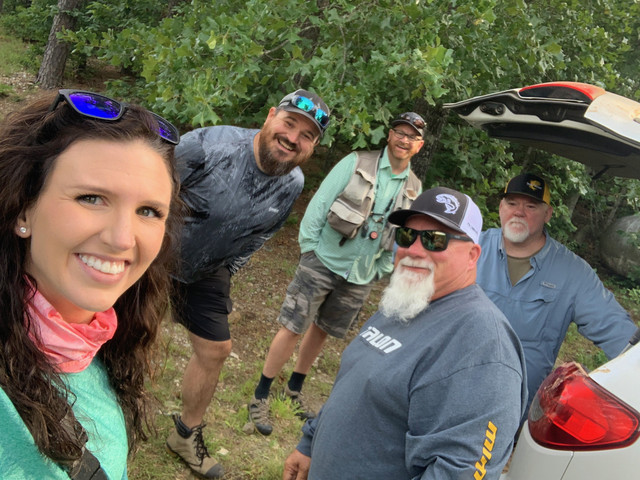 We blazed a trail north after work on Thursday.  When we arrived at the lodge, we were met by smiling faces and happy dogs.  It was no secret this was going to be an incredible weekend.  Like all fishermen, we sat around telling stories of the big ones that got away and other general tall tales.  We devised a plan for the following morning and called it a night (or morning) depending on if you looked at your watch or not. 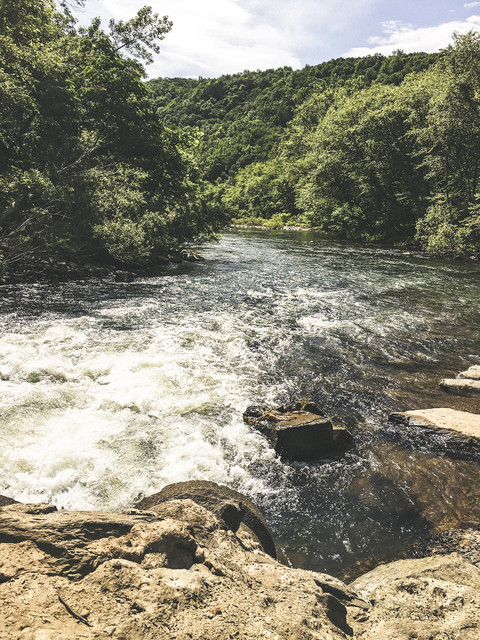 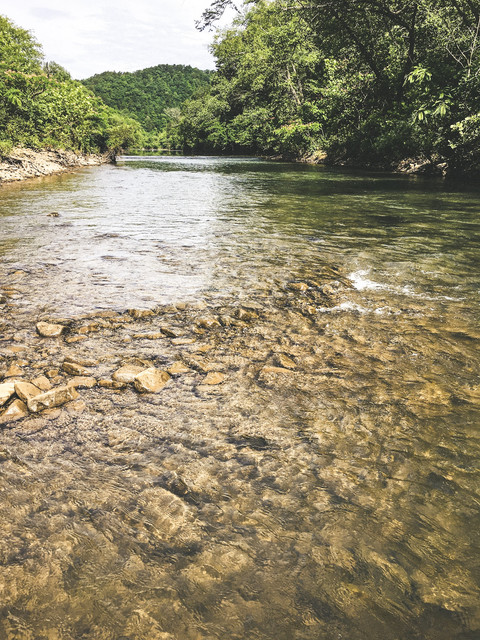 We awoke to a temperature of 52 degrees.  It was absolutely AMAZING!  This is June in the south.  It is supposed to be hot with more than ample humidity.  It didn’t take us long to get moving and we headed for the stream.  Upon arrival, I made a quick cast with a tiny Rat-L-Trap that my buddy Mark Daniels sent me in preparation for the trip.  Doink! A small smallmouth ate it on the first cast.  Most would say that’s bad luck but not me.  Any bite is a good one in my opinion.  Godwin and WE took off in a canoe while Brittany, Jeff and I took off on foot.  We walked up to the first hole and landed a few more smallmouth and some goggle-eye (green sunfish for you non-rednecks).  It was also at this point we discovered the rocks in the stream will eat a jighead.  They also will not return them. 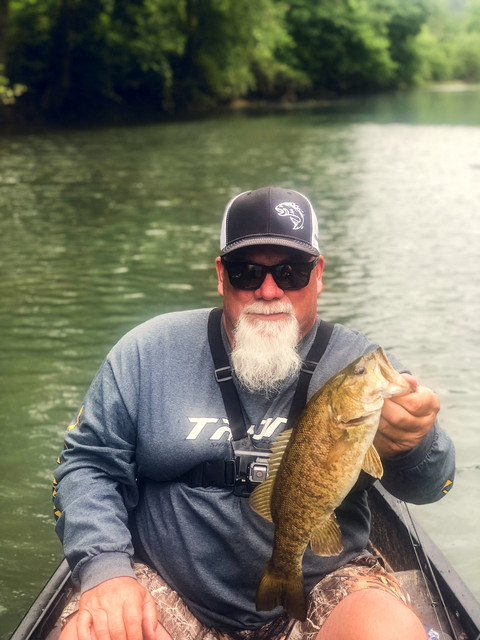 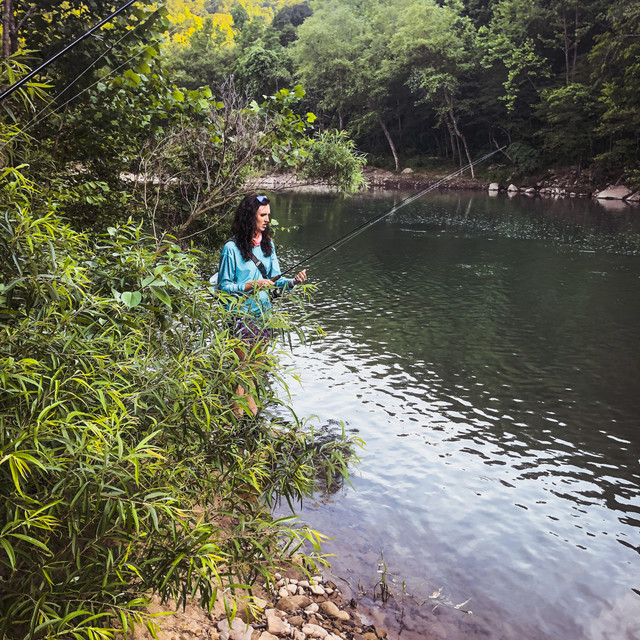 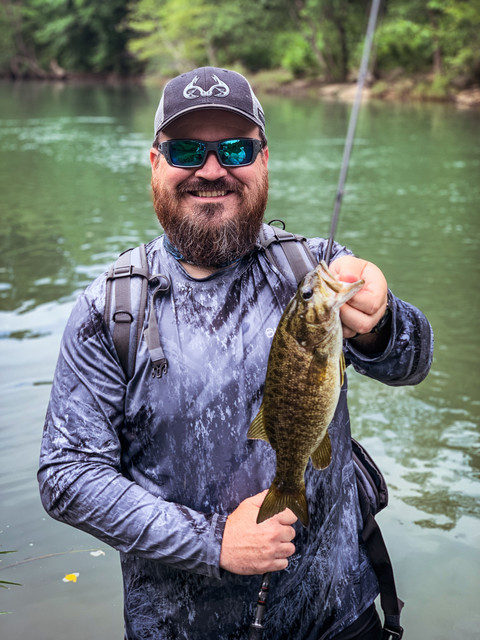 Jordan and Angila finally arrived so we headed back downstream and I noticed some small minnows that were brown on top with a whitish belly.  A lightbulb went off in my head to match the bait.  I dug around in my tackle until I found a small squarebill crankbait made by H2O Express that was the exact color.  I started casting it and DOINK a nice smallmouth bit.  A couple of casts later, DOINK an even bigger one.  I had found the magic bait.  Once we had our fill of that hole, we continued down river. 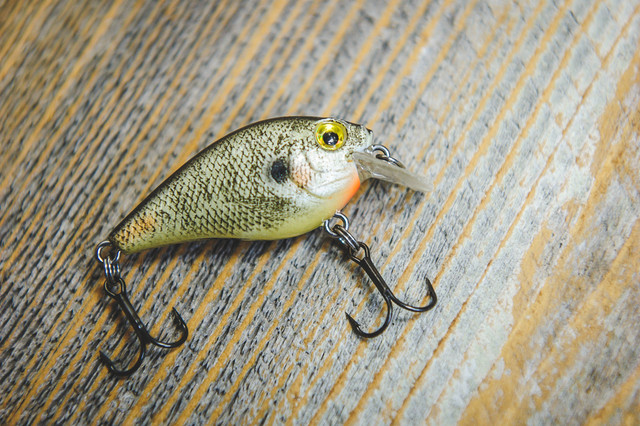 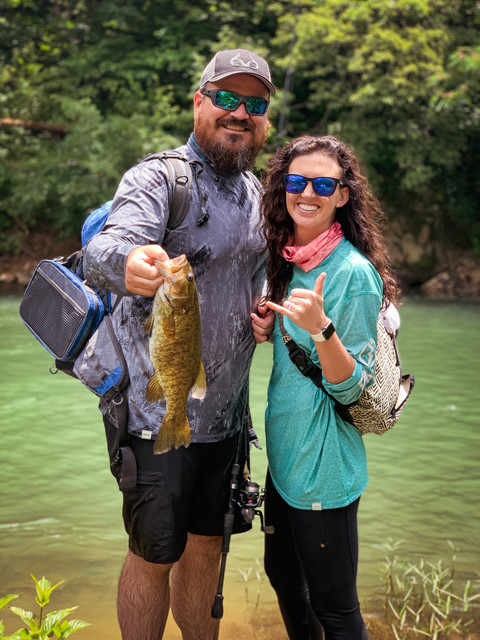 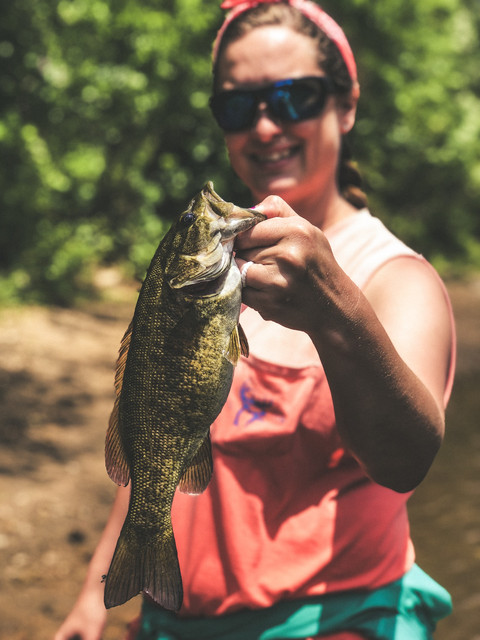 As we continued to walk down the river, the fish continued to bite.  We reached a large blue hole (deep spot in the river) and first cast was the biggest doink of the weekend.  I caught a nice 2 ¼ pound smallmouth.  He jumped and put on a show for us all.  It was what you dream of when you dream of smallmouth fishing.  My trip would have been complete right then but we weren’t going to dare stop fishing. 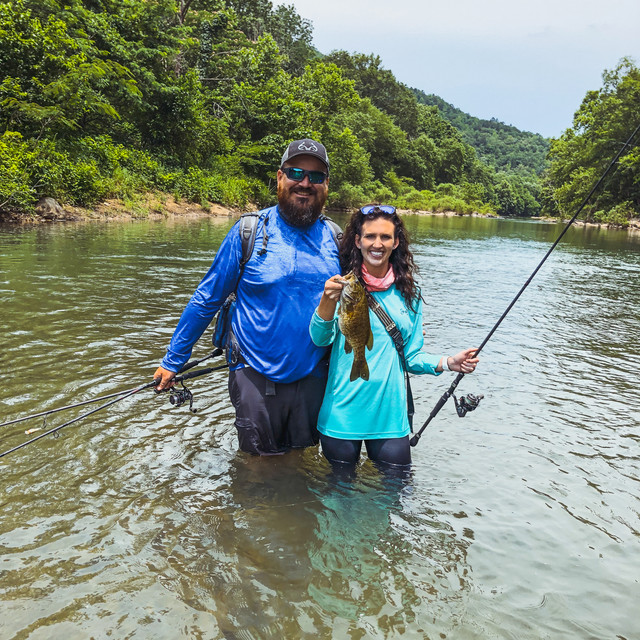 We got to a shoal and casted right down the middle and again another nice smallmouth.  The very next cast another smallmouth.  The next cast I hooked something that felt different.  Once he took off I knew I had something strange on the line.  Finally I wrangled him to me on the light tackle and I didn’t recognize this critter.  I was then informed he was a Redhorse sucker.  He was a bizarre looking critter.  After examining and releasing him, I was hooked up again to something that felt very large.  The fight was strong but there was no jumping so I knew it wasn’t a smallmouth.  I got to where I could see him and just started laughing.  I had caught a drum, or as we call him a Gou. 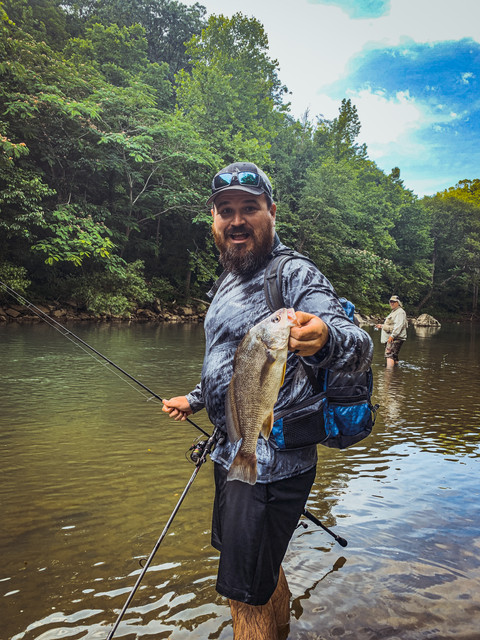 We continued catching smallmouth until we left to go have dinner.  It was a great day fishing.

The next morning everyone was moving a little slower.  All of us flat landers were a touch sore from walking the stream and attempting to stay upright.  We finally had our tackle done and headed back to the stream.

We got to our starting spot and W.E. pulled out a chair.  He was gonna ride the hole.  Brittany, Jordan, Angila and I headed upstream to try our luck.  It didn’t take long and we were back in the fish. 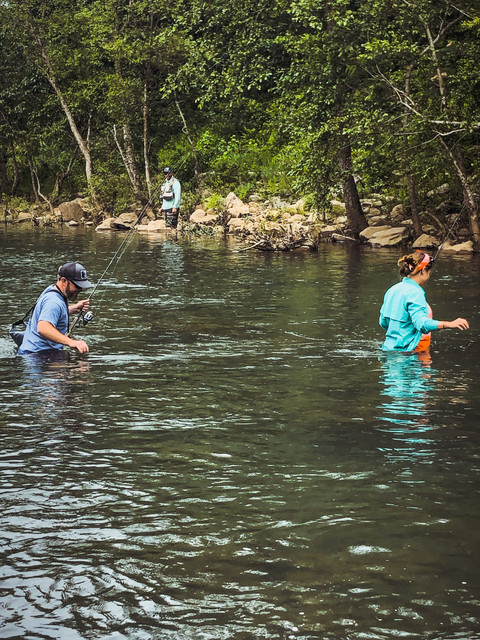 I decided to try something a little different just to change it up.  I fished a Z-Man TRD in green pumpkin with a nail weight.  I wacky rigged it and the smallmouth loved it.  Plus it didn’t get hung up near as often and always came free!

We got to a spot that had a large rock in the middle of the stream with current hitting it.  I couldn’t resist.  I tossed the squarebill in front and DOINK a biggun hit it.  I fought him for a little while.  He was fighting and jumping and I thought I had it going my way until he got in some shallow rocks and got off.  I tried to be upset but I just couldn’t be.  I was in a beautiful stream catching smallmouth bass with my wife and great friends, nothing was going to take the moment from me. 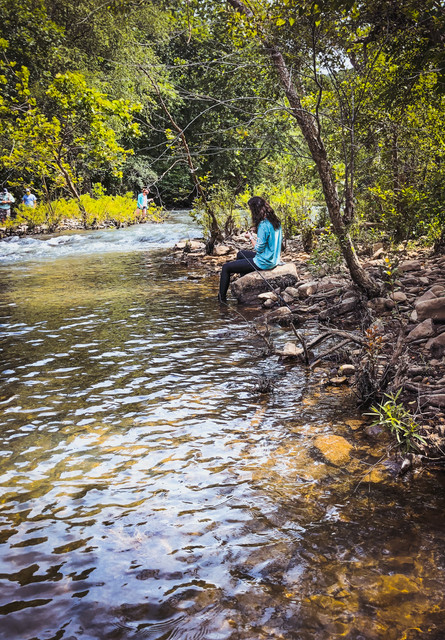 Working our way up the stream we hit a long flat stretch with a gentle current flowing through.  Brittany casted out and was immediately hooked up to a nice fat smallmouth.  She fought him like a champ and finally landed him.  It was her biggest of the weekend.  He was a fat, pretty fish! 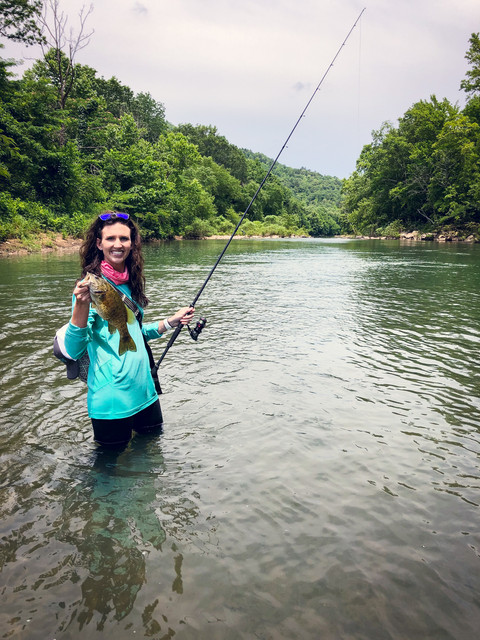 All in all everyone had a great time.  We caught more fish that we ever could have imagined and had great time just fellowshipping with brothers and sisters.  The smallmouth has an attitude that would suit us humans to have as well.  Once they make their mind up, they go full bore.  When the hook is set, they fight with everything they have.  There is no quit in that fish.  If you have never done it, I highly recommend adding stream smallmouth fishing to you list! 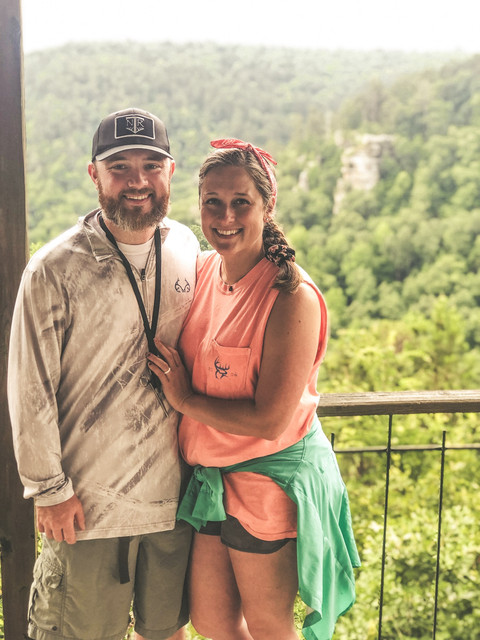